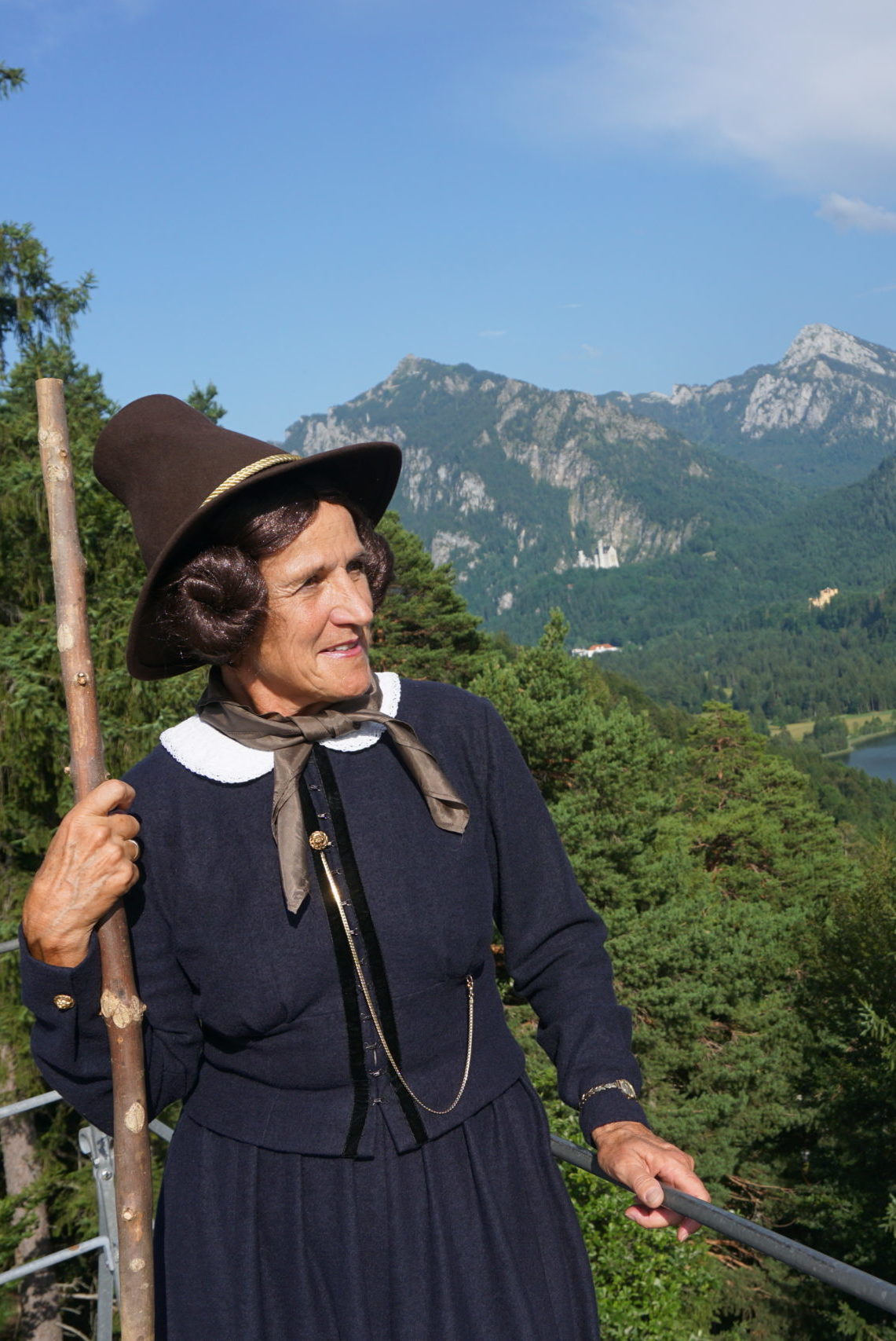 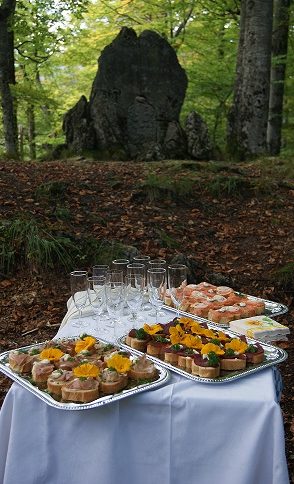 Matchless - known from radio and television.

Shortly before her 17th birthday, she was married to Crown Prince Maximilian of Bavaria. "I'm completely away from the mountains," she said when she saw the Hohenschwangau Mountains. As a child, she liked to go hiking in the Giant Mountains.  Her closeness to nature led her to many peaks in the Ammer Mountains and in the Allgäu Alps. For these tours, she had a loden costume with long trousers tailored.

You meet the Queen Mother, as King Ludwig affectionately called her. Marie wears her hiking costume and tells of her life: why she loved going to the mountains and how it was with her imaginative son and her husband who loved spending time with the "slim, beautiful ladies" in Italy.

Different hikes are possible. How about a champagne reception on Frauenstein?

Join me to another time

Füssen in the Middle Ages

Did you know what it means to say: "alles in Butter", "leg einen Zahn zu", "mir fällt ein Stein vom Herzen"? You can find out this and more on my special tour. Füssen's "golden years" fall into the late Middle Ages. Trade flourished in the 15th and 16th centuries. You can still see that in the cityscape today. 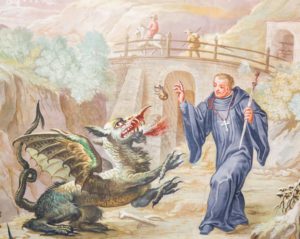 Have you ever dreamed of exploring the surroundings of Neuschwanstein Castle without the hustle and bustle of day visitors?

Walk with me in the footsteps of the "moon king" to the Marienbrücke and the castle. You will learn touching facts about the fairytale king Ludwig II in the light of the full moon. Let yourself be carried away into a very special atmospheric world. 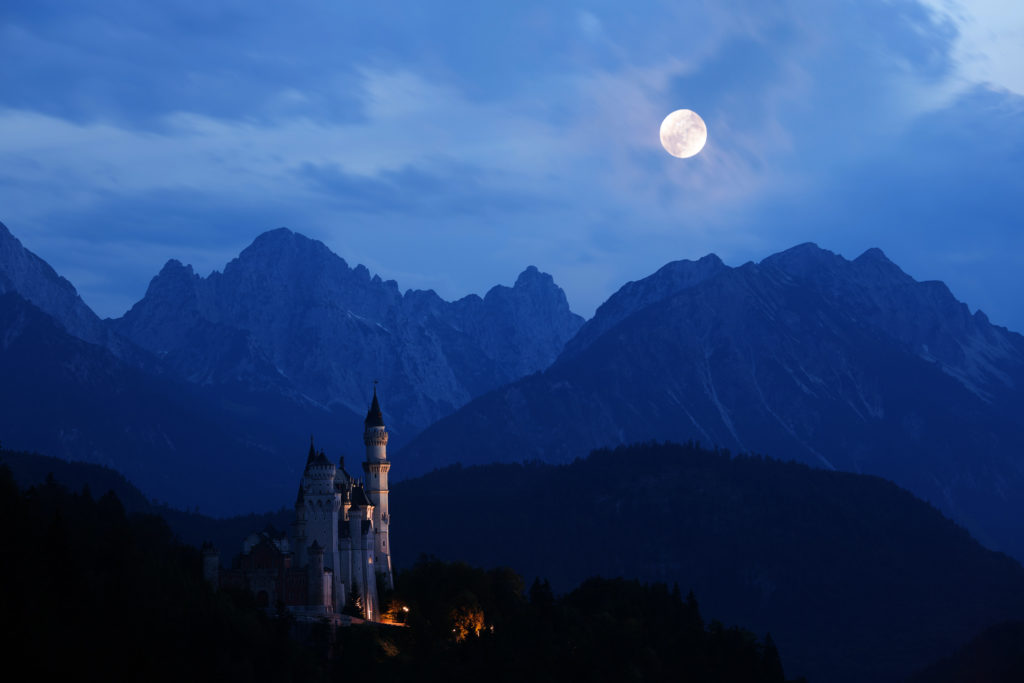 Registration or deregistration via
contact@guide-service.de
up to 3 days before the tour.
More information after registration!
You will receive a confirmation - or rejection if participation is too low.

Please think of good shoes, preferably ankle-high hiking shoes.
Since we don't take flashlights or torches with us, you should be able to walk safely in the half-light. 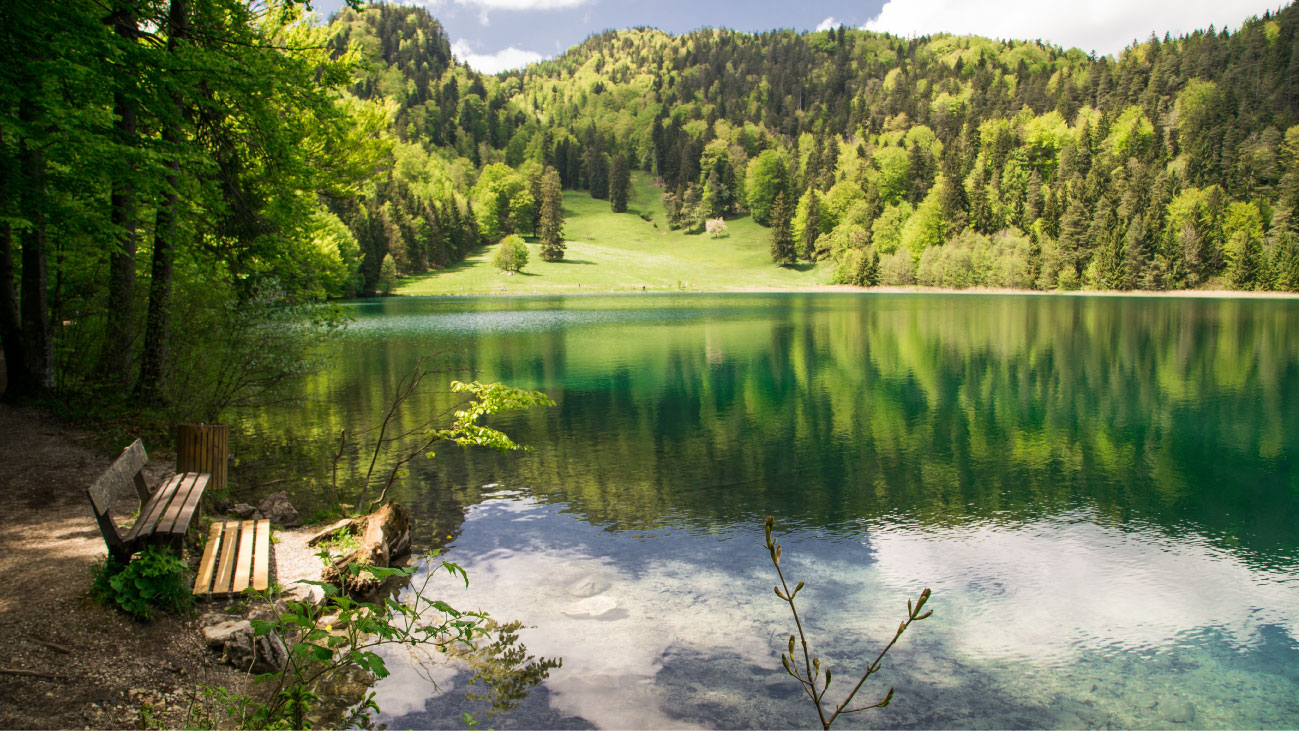 Guided tour in the evening with torches

We hike through the neck ditch to Bad Faulenbach and past the Mittersee and Obersee on the old fitness trail to the Alatsee. On the way you will hear legends and stories from ancient times. At the Alatsee you will learn amazing things  over the „bleeding lake“. 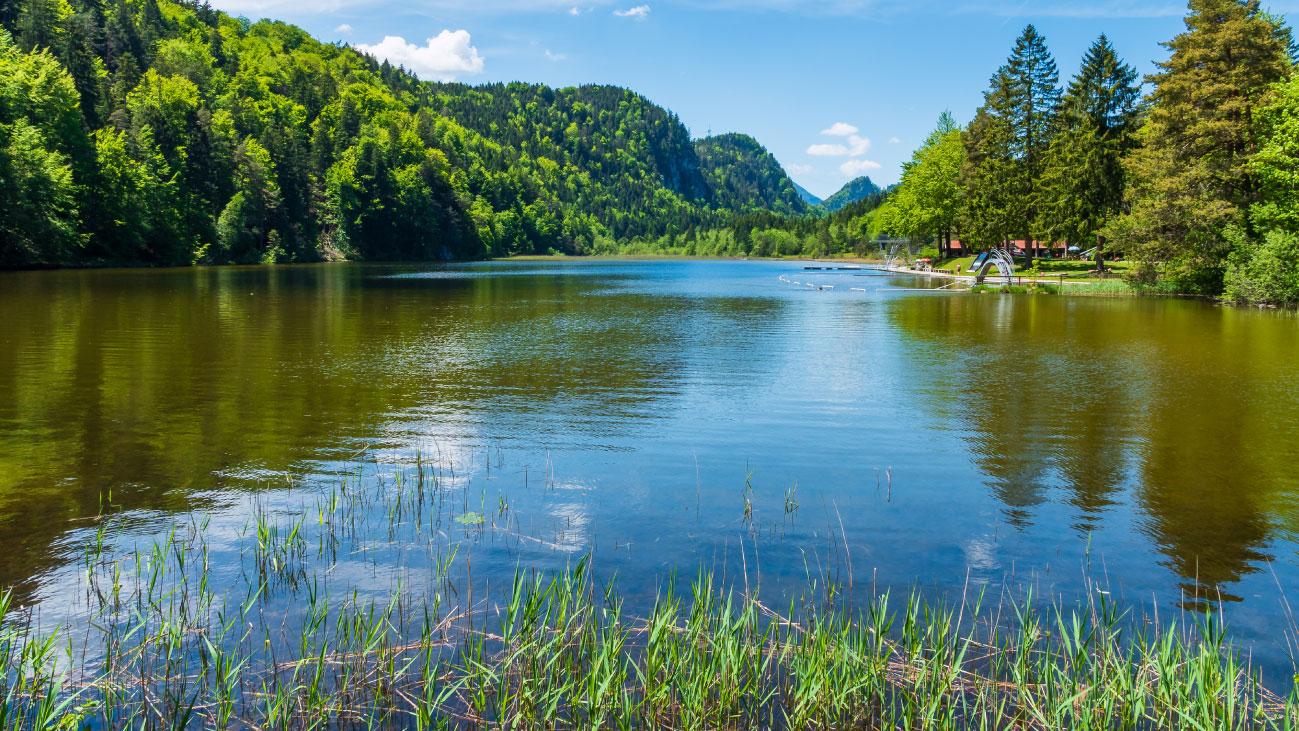 Legendary tour in the „Valley of Senses“

We meet at the “Gipsloch” car park in the Faulenbach valley or at your hotel and hike around the Mittersee. On the way I tell you legends and stories from Füssen's past.

At night it is a special pleasure in the torchlight. 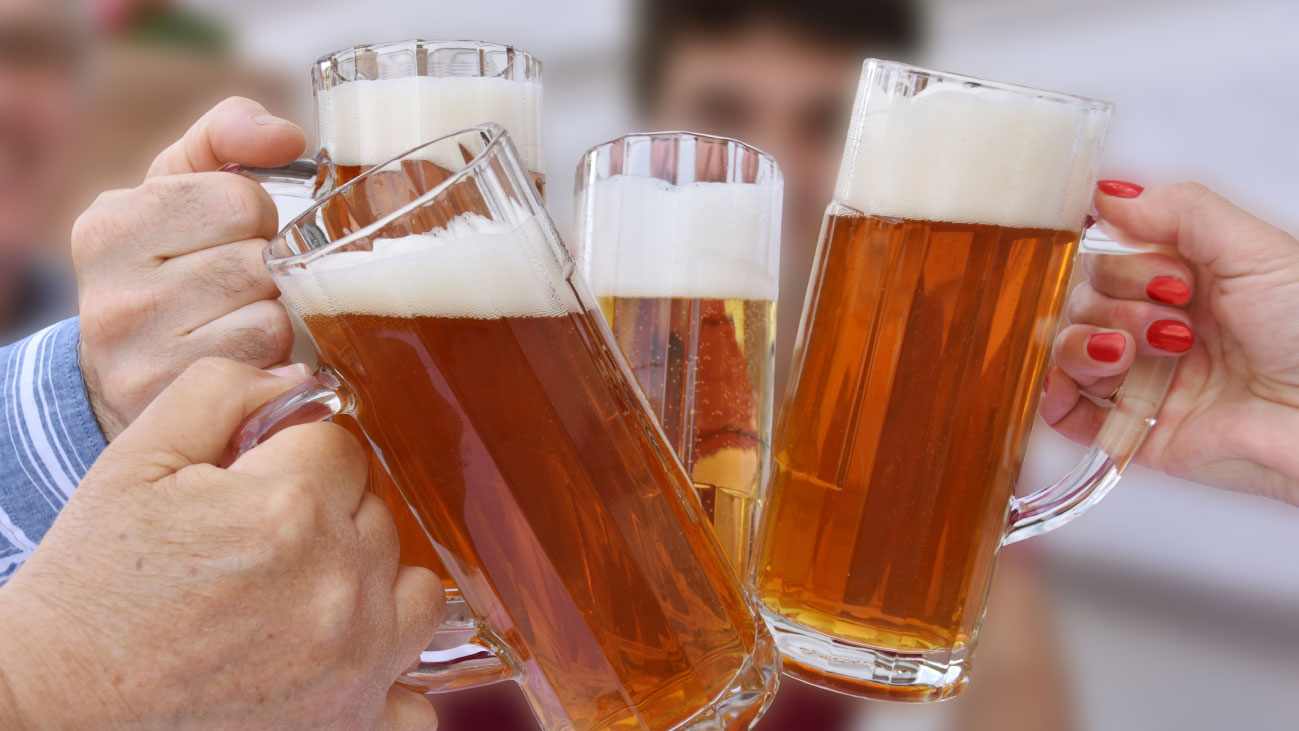 The slightly different city tour: internal treatments combined with an entertaining walk through the old town of Füssen. You will learn how the inn culture in Füssen changes over time through trade  has developed. We visit 3 historic or original inns and hear stories about hospitality from the late Middle Ages to the present day.

Duration: 3 hours
Fee: 160 euros (plus consumption)
from 10 up to 20 persons
(surcharge of 30 euros included for English tours)

A special city tour that includes the culinary arts. I serve city history in homeopathic snacks. For better digestion, we stop in historic or original inns. Do you want to  a 3-course menu or would you prefer to eat a few little things? I try to respond to your wishes. Unfortunately, this tour is only possible to a limited extent during peak season.

Duration: 3 hours
Fee: 160 euros (plus consumption)
from 10 up to 15 persons
(surcharge of 30 euros included for English tours)

„The Alatsee was idyllically surrounded in a small cauldron with dense forest on all sides..“, so described in the thriller „Seegrund“ by Volker Klüpfel and Michael Kobr.

It is located at the end of the Faulenbach valley. On the winding path from Faulenbach, we pass the Mitter and Obersee in varied ways and through the forest until suddenly the enchanted Alatsee lies in front of us. Many legends and stories are entwined about the lake, some of which have been incorporated into the crime story Seegrund. At a depth of 17 meters there is a cloud of purple sulfur bacteria in the lake, which earned it the name „the bleeding lake“.

On the shores of the lake, I explain what it's all about and whether there are really treasures hidden in the lake.

You will find out where the „body“ was and whether the shaman's hut really exists. In some places I read the appropriate passages from the book „Seegrund“. Before we go back to Füssen we have an scary encounter.

From Bad Faulenbach we hike leisurely uphill along the old fitness trail to Alatsee and the driveway back.

From the hiking car park on Lake Weißensee, the tarred hiking trail goes relatively steeply up to the lake.

You can get informations about the book here (in German).